DESIGNED TO FAIL 3 LAMPS IN 1 WEEK AND…

I will discuss recent events happen that some of you may have experienced as well and wondered. I am not 100% sure if it is that way, but there may is something more today’s consumers are not fully aware of: obsolescence.

Regarding manufacturing, in general, there is one critical point  always relevant—what is, the quality and lifespan of the product. For example, how long does the product last? Recently, sustainable practices in production have also become an important issue; the term itself is becoming progressively more popular and visible, even in mainstream media. After some thoughts, back to my story.

I have been living in my flat now for around two years. In general, when I moved in, everything was new—new bulbs, new washroom, etc. But, in recent week, some interesting things have happened.

Immediately it looked like in a timeframe of one week. in three different rooms all the bulps where starting to black out. First it was the kitchen, then the living room, and finally, the bedroom. One could argue that there may have been some irregular voltage surges that made them go out. But wouldn’t this mean that all of them would have gone out at the same time? Anyway, you understand my point that things start breaking most unexpectedly.

One idea popped up again in my mind: “Things are built to break or even the infrastructure they are embedded into nurtures it.” Without any broken things how could businesses make money with products that do not change with seasons, as in the fashion industry?

Sustainable, everlasting products are not in a manufacturer’s best interest at all and, in my particular case, everlasting bulbs would mean I would buy them once and they would last. Now, some people might argue that such bulbs do not exist, but I recall a movie I saw about a month ago called the “The Light Bulb Conspiracy,” which explained that it would be possible technically to build “everlasting” light bulbs but that there is an organisation that has regulations against this lets call it a cartel. Further, the movie talked about planned obsolescence in electronics like printers and other product categories, and products are manufactured and constructed to break for economic reasons.

Speaking of electronics, I would like to talk about another “observation” I came across. As I am not a “proud” owner of an iPhone4, I reflect what I hear, more and more from friends are having problems with their iPhone4 devices. It seems like they may all have issues with a kind of limited runtime built in. Even my girlfriend is complaining more often about frozen screens and lagging buttons, after she updated to the new IOS on her iPhone 4 which is more than less mandatory otherwise you are not able to run the latest APPS and so on.

I believe that Apple and its iPhones and IPads  are a very good example when it comes to obsolescence (manufactured and styled), and the recent product releases  even better demonstrate this. For example, the iPhone 4s or the new iPad (without number) have just minor updates in terms of CPU or screen quality which reflects styled obsolescence. The question is whether, as technology moves forward, if this type of obsolescence is just a side effect and the result of a society driven and manipulated by marketing.

However, I do not think this is the whole scope. For example, the movie mentions that printers are intentionally built to stop functioning after a certain number of pages have been printed. I started to ask myself how many other devices have small electronic components built in to control lifetime maybe even cars….

Even in fashion its not only about styled obsolescence, we are buying definitely garments made with materials that will “disintegrate” after some time or lose their colour when washed a certain number of times.

In my opinion, a product should be made to be the best in terms of quality as, in the end, it will reflect on the brand’s image as things like planned obsolescence are getting more and more obvious.

Having said this, I just wonder how many people are still using an iPhone1. Mine, for example, just lies around; I tried to reactivate it but it seems there is an issue with the phonebook and it’s kind of slow and turns itself off, even when fully charged. Playing the latest games available in the itunes store would even be not possible 🙂

To sum up, what I want to express is, there are two main mechanisms of obsolescence. One is the manufactured/planned (built-in) kind discussed before more detailed and the other one is styled obsolescence (stimulated), which encourages consumers to buy a newer version based on aesthetics, social pressure, and fashion cycles.

Styled obsolescence is not an issue for me, as it is possible to resist and no one is really forced to buy the newer version of product with the same function; but the worst thing, in my opinion, is obsolescence manufactured  and planned on purpose.

What I would like to see is, if a product has a pre-programmed lifetime or is assembled to break, it should be clearly mentioned, just as one would mention the capacity of one’s petrol tank or harddrive. I am not sure if this ever will be possible nowadays without any major rethinking in a shareholder value driven economy where manufacturing is centralized and  success purely based on grow.

It would be great to hear about your experiences with unexpected breaking and dysfunctionality of things. Pre-constructing a limited lifetime into a product on purpose is not a lasting concept in my mind and manufacturers have to rethink.

Something to think about 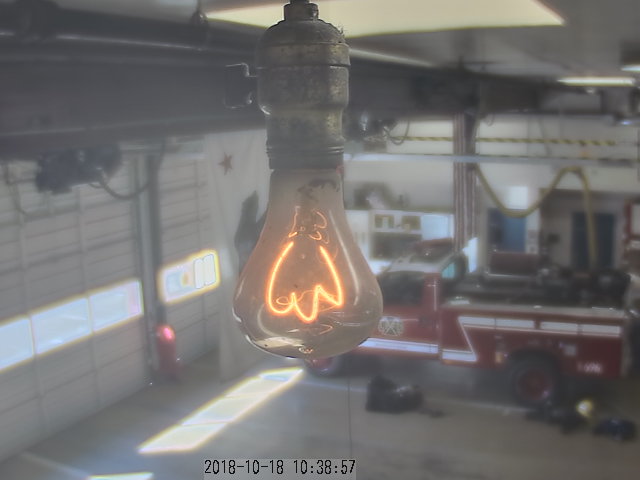 The Revolution is Already Happening:…